This website has been dedicated to the all-powerful plant called Tabernanthe Iboga (family – Apocyanaceae (dogbane)).

Iboga usually grows to a height of 2m but given the right conditions it can grow into a small tree up to 10m tall. It has small green leaves 9 to 10cm long and 3cm wide. Sometimes it’s possible to come across a larger specimen of the plant with leaves growing up to 21cm long and 7cm wide. The flowers of Iboga are tubular white and pink and the fruits are of orange color and can be either oval-shaped and elongated or have a spherical shape containing 20 to 30 small brown seeds.

Iboga plays a central role in the African religious cult Bwiti. The majority of Bwiti followers are based in Gabon, Cameroon, Congo and some other countries of Western and Central Africa. Bwiti use Iboga in a series of rituals. The root bark of Iboga is used by the young members of Bwiti during the ceremony of initiation. In addition, Iboga is used conventionally for dance rituals which usually take place at night time.

The advent of Iboga in the West

Iboga has been around for aeons, however its shamanic ritual use became known to the Western world only some 150 years ago. In 1864, a doctor in the French navy Griffon du Bellay took specimens of pygmies’ mega-shamanic plant Iboga and brought them to France for an examination. No tests had been performed, however a new entry in the shipboard journal was written mentioning Iboga as a new stimulant and aphrodisiac widely used in the territories of Congo and Gabon. Some African stories tell us that Iboga has a millennial history which originates from the time of Adam and Eve.

The first botanical mention of Tabernanthe Iboga appeared in 1889 in the periodic treatise “Traité de botanique médicale cryptogamique” written by the French botanist Henri Ernest Baillon, and a specimen of Iboga was filed in the herbarium collection at the French National Museum of Natural History in Paris.

The roots of Tabernanthe Iboga contain 5 to 6% of indole alkaloids of which the most famous alkaloid is Ibogaine (12-methoxyibogamine (C20H26N2O)). The highest concentration of Ibogaine is found in the root bark of the plant. When administered Iboga has a bitter earthy taste and has anesthetic effect on the oral cavity.

Iboga is an extremely potent plant and can be used for a variety of purposes both medicinal and psychospiritual.

Here is a short list of conditions which can be treated with Iboga; however, due to insufficient evidence the effectiveness of Iboga in treatment of these conditions is still under question:

Ibogaine alkaloid is an unlicensed medication which is used successfully in combating drug addictions and is considered to be a very powerful interrupter for opiate and alcohol dependencies. Ibogaine is famous for reducing greatly the withdrawal symptoms.

Despite the great therapeutic potential of Tabernanthe Iboga the scientific studies of the plant proceed very slowly due to the nearly-40-year-long resistance of authorities to such studies therefore, the substance is still classified as a hallucinogen.

In the majority of the EU countries Iboga isn’t recognised as a traditional medicine, however neither does it have an illegal status. In countries such as Poland, Belgium, France, Switzerland and Sweden Iboga and Ibogaine are scheduled as Class I drugs and therefore it is illegal to sell, buy or possess these substances.

Iboga is NOT a recreational drug and should be taken very seriously when administering it. You are therefore advised that you tread with utmost caution and care and do your due diligence in conducting proper research prior to taking Iboga. Never use Iboga on your own. For a successful result find a professional sitter who can attend to your process. Iboga can be fatal if used inappropriately!

On BuyIboga.com we sell Iboga for botanical research purposes only. 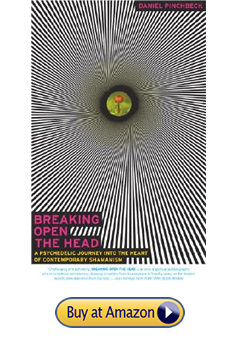